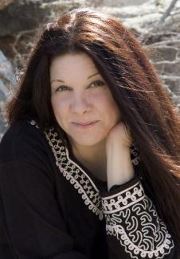 The podcast/syndication edit for our 11/23  Revenge of the 80s Radio  show is up and available at the bottom of this post. This week, we have a conversation with Johnette Napolitano. Concrete Blonde will tour the Eastern U.S. in December as the band has also officially released two new tracks, “Rosalie” and “I See the Ghost,” available as a download and on 7″ 45rpm white vinyl. Concrete Blonde has shot videos, which will soon be unveiled, for both songs. Our interview leads off hour 2 of the show.

Johnette Napolitano and I discuss: the beginnings of Concrete Blonde, her voice, some of her non-Concrete Blonde work, Johnette’s eclectic and worldly arts studies in recent years, the upcoming tour, the single and the videos.

We will also play music from Limahl, Trio, Boomerang, The New Model Army, The Models, INXS, Blancmange, The Stranglers and more.