MTV: 30 Years of exceptional and dubious contributions to music, entertainment 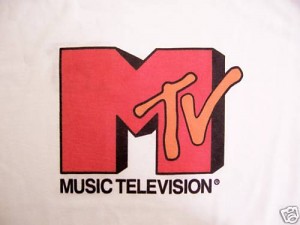 As MTV celebrates its 30th anniversary today, August 1, 2011, we can all try to remember with reverence the cable channel that evolved from being a work-in-progress experiment to a financial juggernaut. While we may reminisce today about the great music and the original VJs of the early-to-mid 80s, the vast majority of today’s Music Television audience knows very little, if anything, of the days where the cable station was a cutting-edge (virtually) 24-hour music video channel that opened the nation up to new and interesting artists. While is it naive to expect nothing to change over three decades, today’s MTV is truly a shadow of its former self with less videos, generic playlist and overloaded with reality shows that would insult the intelligence of someone deemed to be “minimally exceptional.”

MTV, in its early years, was more than simply an all-music-video cable entity. In an era where the majority of the radio industry’s strongest-signaled stations were littered with the same watered down chart pop, MTV exposed a young audience with developing musical tastes to more obscure acts and regional sensations who wound up becoming more widely popular thanks to the national exposure. The station quickly became part of the American lexicon and was highly influential to the music industry through ti mid-1980s. A performer’s video became just as important as his or her music in producing a hit song. We saw what Kevin Rowland looked like, watched the fervent destruction of a piano in the Art of Noise’s “Close to the Edit” video, witnessed Michael Jackson become a werewolf, observed David Bowie developing his acting skills, admired the pure genius of Kevin Godley and Lol Creme as video producers and laughed as Weird Al Yankovic “hijacked” MTV’s signal. As for the VJs, we welcomed, JJ Jackson, Martha Quinn, Nina Blackwood, Adam Curry and the rest into our homes and still enjoy hearing or reading about them today.

The podcast edit for our 7/29/11 show is below. In hour 2, we pay tribute to the early days of MTV by playing tracks from the first classic alternative artists whose videos aired on the station’s 8/1/81 launch date.