Julie Brown’s “Smell the Glamour” has a zesty aroma 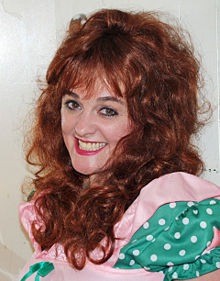 Julie Brown has been very busy over the years with video projects that it could, for some, be hard to believe that it has been 24 years since the release of her last full-length studio album. While she has won acclaim for several movie and television projects she created and starred in, it was comedy music that exposed the talented comedienne to the entire nation. Today, Julie Brown continues to be a master of the art of pop-culture parody. With her new musical re-release, Smell the Glamour: The Diamond Tierra Edition, Brown offers a stunning and hilarious mix of modern and vintage Julie.

It is difficult for an artist of the 1980s to break from being known mainly for his or her work during that era. Julie Brown could easily have remained content with being remembered for her video for “The Homecoming Queen’s Got a Gun” and her movie Earth Girls Are Easy. She could also have chosen to ditch her 80s Valley Girl-attitude character in favor of the flavorless comedy and musical styles seen regularly today. Brown did neither, with every post-Earth Girls project (Medusa – Dare to be Truthful, Attack of the 5′ 2″ Women, Strip Mall, etc), she incorporated some classic Julie with the new attitudes she found and lambasted. This is evident and exceptionally executed in Smell the Glamour.