On the parting of REM It is rare for a band to have most of its members stay together for 31 years and remain relevant throughout as REM has done. Dave Wakeling once said that most bands have about three good years in them. From being the de-facto standard for alternative rock to seemingly reluctant mainstream stars, REM cast a significant impression on music history virtually every time they took to the recording studio.

While most fondly remember REM as a wonderfully melodic band of critically-acclaimed thinking-manâ€™s musicians, they did not start out as being received so well, as evidenced by a Pitt News review of their first EP (as immortalized as a liner note in the I.R.S. Records compilation CD These People Are Nuts:

â€œSomehow, R.E.M. has found a way to record the same song five times with only subtle variations in rhythm and lyrics. The only thing R.E.M. accomplishes here is to get more money for an IP instead of a single.â€

Read more of this article on our Examiner page… 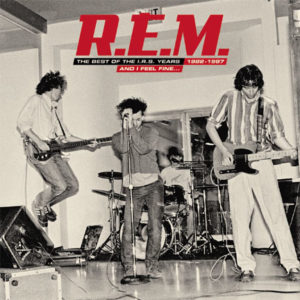 Still, I.R.S. stuck with Michael Stipe and the crew as they quickly became a college radio mainstay and eventually evolved into the mainstream spotlight thanks to regular airplay on 80s-era king-makers MTV.

REMâ€™s music of the early-to-mid 80s was a mix of middle-American workman sensibility with some urban sophistication, a product of the Athens, Georgia music scene that became trendy at the time. The group became more adept musicians by the mid-80s which, coupled with Stipeâ€™s unique singing approach of using his voice as an instrument rather than an obvious lead, seemed to enable them to continue conveying their own social and political commentaries in their tracks while increasing their mass appeal.

Perhaps the most remarkable thing about 80s-era REM is that they could sneer at the masses with tracks like â€œStandâ€ and â€œPop Song â€˜89â€ while continuing their rise to becoming a musical superpower into the 90s.

As the 1990s set in, REM regularly appeared on the Billboard Top 100 charts as they weathered the challenge of trying to stay relevant in a rock scene where depression, angst, backward baseball caps and flannel inexplicably became hip. REM waded into the misery music slightly, yet kept their songwriting and musical integrity intact enough to stay above the mundane acts of the time and remain popular with both adult and younger audiences.

REM remained intact as a unit until 1997, when Bill Berry left the band. Still, the rest of the men stayed together and continued to persevere over what were becoming more generic popular and adult contemporary music genres.

As their longtime fans will look upon the reportedly amicable breakup as the end of an era, REM will be remembered as a band whose members grew together with two generations of fans, many of whom will be eagerly awaiting the news of what comes next for its now former members.