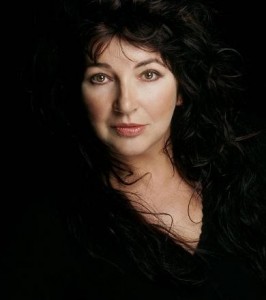 The first single from Kate Bush‘s soon-to-be-released 50 Words for Snow album is now available to the public. â€œWild Manâ€ is available via digital download through several music retailers. The track is one of seven on the collection, which is scheduled for release on November 21.

Bush employs a simple instrumentation in â€œWild Manâ€ as she conveys a romantic, yet sympathetic portrayal of the Abominable Snowman of legend. The talented soprano sings primarily in a low tone, but harmonizes beautifully with her higher register as she leads the listener into the chorus. The track offers a delightfully tempting taste of what will be in 50 Words For Snow, which will also feature guest appearances from the likes of Sir Elton John and comedian Stephen Fry

2011 has been a rather eventful year for Kate Bush: earlier this year, she released Directorâ€™s Cut, a compilation of remixes of some of her classic songs, while 50 Words For Snow will be her first album of new material since Aerial in 2005

You can pre-order a copy of 50 Words For Snow here.