Our 12/2 show podcast edit with Thomas Dolby is up 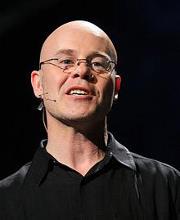 The podcast edit for our 12/2/11 Revenge of the 80s Radio show is up and available at the bottom of this post. This week, we have a conversation with Thomas Dolby (leading off Hour 2). Dolby recently released his first album of new music in several years, A Map of the Floating City. The new creation features Dolby performing compositions spanning several musical genres from surreal …electronica to bluegrass.

During our conversation, Dolby discusses the album and its tracks, reflections on his past work, thoughts on the several musical styles he offers in the new collection, his longtime influences and how he trained actress Lea Thompson and Cherry Bomb to perform for the movie “Howard the Duck.”

Dolby recently toured a few U.S. cities on behalf of A Map of the Floating City with a performance/lecture series. He says he intends to tour other nations including Australia.

We also play classic tracks from Ths Hoodoo Gurus, The Motels, King, Siouxsie and the Banshees and more.