Click here to listen live between 9-11pm Eastern US Time You can also get the show from our flagship station website: www.wtbq.com. Check the bottom of this post for other affiliates’ dates and times. 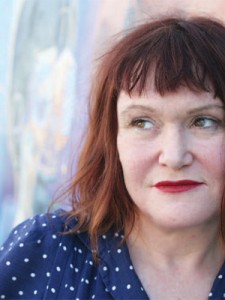 This week on Revenge of the 80s Radio, we feature a conversation with Exene Cervenka, singer, artist, poet writer and co-fonuder of X. Exene and I discuss her career, her thoughts on punk music, the 25th anniversary of the release of the documentary X: The Unheard Music and Exene’s new album, The Excitement of Maybe.

We also play a track from Debora Iyall‘s new EP, Singing Until Sunrise, and classics by Kirsty MacColl, The Hoodoo Gurus, Dexy’s Midnight Runners, The Go-Gos, Altered Images and more. .