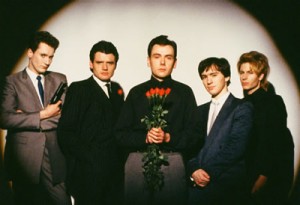 With a new album in the works, the future of alt-rockâ€™s The Godfathers is uncertain after co-founder and lead singer Peter Coyne threatened to leave today, citing tensions within the band.

Coyne today posted on Facebook his frustrations with guitarist Del Bartle, who joined the group in 2009, and his brother, Christopher. The siblings were both original members of The Godfathers when they formed in 1985.

About his impending departure from The Godfathers, Peter Coyne posted on Facebook:

â€œUnfortunately at present there is either zero communication between myself, Chris & Del or all out warfare conducted via email… I am certainly no angel when it comes to arguments, but for the sake of whatâ€™s left of my sanity and health I cannot allow this situation to continue.â€

Coyne may perform with his band mates for the final time live at a March 24th show in Belgrade, Serbia, but did not eliminate the possibility of performing in concert as a Godfather again before his â€œpreferredâ€ date of separation, February 15th, 2013. He did, however, indicate that he would like to complete the studio album on which the quartet has been working.

Interestingly, Coyne left the door open for reconciliation in his announcement, saying of the potential of a post-new album tour: . â€œIf that eventuality happens & we all prove that we can conduct ourselves as civilized human beings, brothers & friends then it may also be possible to promote the new record with concerts around the world. I love The Godfathers & don’t really want to leave the band, but I won’t eat [bleep] to stay in it either.â€