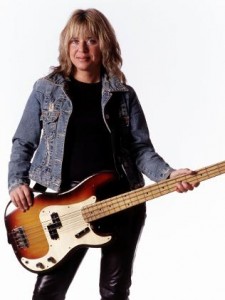 The podcast/syndication edit for our 9/14 Revenge of the 80s Radio show is up and available at the bottom of this post. This week, Suzi Quatro is our very special guest. We will also play tracks from her 2011 album, In the Spotlight. After growing up with a very musical family in Detroit, Suzi and her sisters formed The Pleasure Seekers later beaming Cradle). She then moved to the UK, where Suzi became a huge international star with early hits like “Can the Can” and “Devil Gate Drive.” Many Americans might remember Suzi as “Leather Tuscadero” on the Happy Days TV series.Our conversation leads off Hour 2 of the show.

Although she plays several instruments, Suzi’s weapon of choice is the bass. She plays 20-minute bass solos during her live performances. Suzi is the first female bass player to achieve a high level of international stardom. 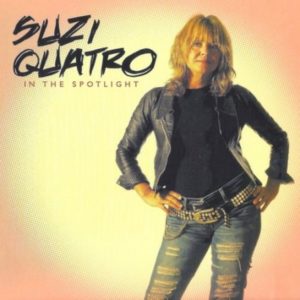 During our conversation, Suzi Quatro and I will discuss her beginnings and influences, her move to the UK in the early 70s, staying true to her rock roots when others tried to push her in different musical directions in the 80s, her acting career, an upcoming new live show and her latest album, IN THE SPOTLIGHT.

We will also play music from Nikki and the Corvettes, INXS, Andy Prieboy, The Divinyls, Missing Persons, Gazebo, The Cramps, The Stems and more…