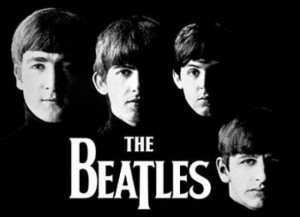 While this is, essentially, an 80s blog, but we also showcase artists who have had great influence on artists and musical styles of the 80s. As a man who played power-pop music on a regular basis during our Revenge of the 80s Radio shows, one can argue that British Invasion groups like The Beatles, the Dave Clark 5 and the Honeycombs were influential to hard guitar-driven and percussion-heavy music that became popular in the late 70s and early 80s. Also, members of The Beatles were still turning out hits in the 80s, while blending their own songwriting greatness with the changes in popular music throughout the decade. These thoughts came to me as I was listening to Beatlesrama.

Beatlesrama is the definitive all-Beatles internet radio station, with personalities throughout the day that are not only experts, but true fans. Their playlist is virtually all-Beatles-all-the-time, including music from each membersâ€™ other projects, clips of interviews with members and tracks from different Beatles-era bands added in, ranging from the Electric Prunes to the likes of The Cookies. Much of the non-Beatles music are not heard on mainstream oldies stations today, which is one of the many reasons an alternative music enthusiast would want to tune in to Beatlesrama regularly.

Memories of the high-quality â€œBreakfast with the Beatlesâ€ show with Scott Muni are invoked while listening to the talented lineup of DJs and show hosts. They are as entertaining as they are knowledgeable.

The Beatlesrama website also features an interesting blog, the playlists and an â€œAbbey Road Cam,â€ showing the traffic on the fabled street. The station is extremely popular and is an essential part of a Beatlesâ€™(or any music) fanâ€™s day.