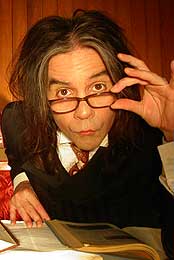 The podcast/syndication edit for this week’s Revenge of the 80s Radio show is up and available at the bottom of this post. This week, Andy Prieboy is back and we talk about his new single, “The Death of New Wave.” The track was originally intended to be part of his play White Trash Wins Lotto, but was not performed during the show’s run. We will also talk about the origins behind his ballad version of Black Sabbath’s “Paranoid.”

We will also play music from INXS, The Models, The Little Girls, Gary Numan, The Divinyls, Fiction Factory, Thomas Dolby and more…