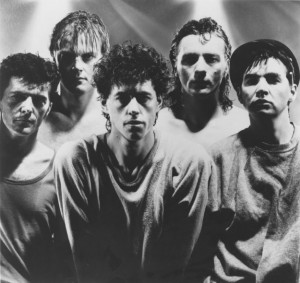 Organizers for the Isle of Wight Festival say the Boomtown Rats will play a one-off together at their 2013Â  event.

The Irish alt-rockers broke up in 1986 and had not played together as BTR since the 1986 Self Aid festival.Â  With the festival leaders’ announcement, Geldof says he is looking forward to playing with the group again:

“Playing again with The Rats and doing those great songs again will be exciting afresh…Â  We were an amazing band and I just feel it’s the right time to re-Rat, to go back to Boomtown for a visit.”

At the time of this post, band members and the official Boomtown Rats website have not indicated whether they will be dong anything together after the one performance.

The Rats will be playing on a star-filled bill that includes Paul Weller, Blondie, Hugh Cornwell and Happy Mondays.