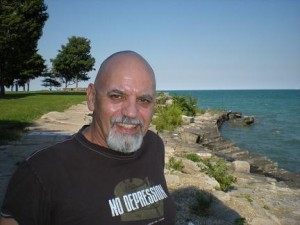 The podcast/syndication edit for this week’s Revenge of the 80s Radio show is up and available at the bototm of this post. This week, Profucer, Drummer, Inventor, Author adn Professor Richard James Burgess is our guest. Burgess is the man who started the New Romantic movement (as well as coined the phrase “New Romantic”). He has performed with and produced a wide variety of artists including King, Spandau Ballet, Colonel Abrams, Kim Wilde, Princess and When In Rome. Burgess was a member of Landscape, leading their traisition from jazz to electroninc music. Burgess also co-developed the first stand-alone drum machine and is an important curator of music today. We talk about all of that and more. The newest edition of Brgess’ book, The Art of Music Production: The Theory and Practice, will be released in September. Our conversation leads off Hour 2.

We also play classics from King, The Hoodoo Gurus, Laibach, When In Rome, The Stranglers, Flash & the Pan, Kate Bush and more.