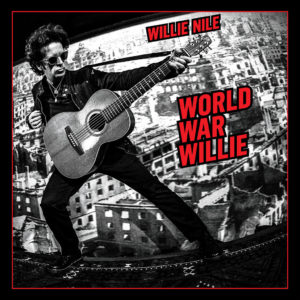 Our 2.19 show is up and available at the bottom of this post.Â  Willie Nile is our guest this week. His new album, “World War Willie,” will be released on April 1, 2016.Â  During our conversation, we discuss Nile’s career, his influences, his thoughts on the music business and why enjoying the work should always be a priority, his evolution as a songwriter, the John Lennon story behind one of his songs and the new album. We will also air the World Radio Premier of his track, “Let’s All Come Together.” Our conversation takes place during hour 2 of our program

Plus, we will play a new cut from Linda Jo Rizzo along with classics by Midnight Oil. Nlue Peter, XTC, The Undertones, Nick Lowe and many more classic alternative artists.