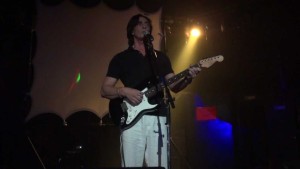 Our week of 8-5 podcast/syndication edit with Peter Godwin is up. One of the early new wave innovators, Godwin co-founded Metro before going solo. His classic tracks include “Images of Heaven,” “The Art of Love” and “Criminal World,” the latter of which he wrote with Metro and was covered by David Bowie. In recent years, Godwin has been working with Johnson Somorset under the name Nuevo. Peter talks with host Chris Cordani about forming Metro, the all-star lineup of musicians who tried out for the band, his solo career, thoughts on the advent of music videos in the late 70s and early 80s, his work as Nuevo and some upcoming new music.

Our conversation takes place during hour 2 of our program Nikki Corvette, Andy Prieboy, The Jam, Marine, Thomas Dolby and many more.

We also play music from