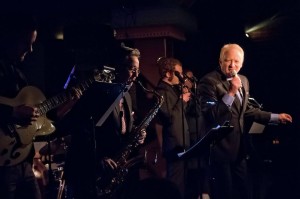 Our week of 12.9 show podcast/syndication edit is up. Don Most: band leader, recording artist, film maker, star of “Stewardess School” and “Happy Days” talks with Chris this week. Most is touring with his swing band and is releasing two new albums: “Swingin’ Down the Chimney” in time for Christmas and “D. Most: Mostly Swinging” on February 10, 2017. Don discusses his music, the band, the albums, his acting career. stories from behind-the-scenes of “Happy Days” and his work as a film producer.Our conversation takes place during hour 2 of our program

We also play music from Dexy’s, Shonen Knife, The Flirts, Mental As Anything and many more classic alternative artists.