Singer, Model and Actress Louise Robey will be my guest on the next Revenge of the 80s Radio show (2/27). She is best known in the early 80s as “Robey,” when she had some hits on the Billboard Dance Charts, including her rather elegant version of “One Night in Bangkok,” which made the Hot 100. Science Fiction fans know Robey best for her role as “Micki Foster” on Friday the 13th – The Series.

Louise Robey is a very multi-talented lady who has been involved with several interesting projects. [amazonify]B001LM64U6[/amazonify] She was discovered by photographer Jacques Henri Latigue and she soon appeared in Vogue. While a model, her five-octave vocal range was discovered and she helped for the band Louise and the Creeps. After the band broke up, Robey went solo and soon earned several acting roles in television pilots before landing the Micki Foster part. Her portrayal of that character was unprecedented at the time as science fiction heroines were often one-dimensional and cardboard. Robey injected Micki with a level of depth and personality that allowed her predecessors like Gillian Anderson’s “Scully” to exist and develop, creating a new breed of female roles in that genre. 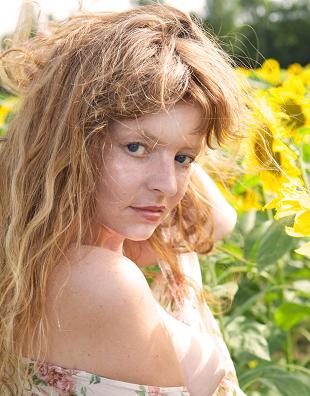 br>
Among Louise Robey’s credits (which we discuss in the interview) are Countess, children’s book author and adviser. Robey and her husband, world-class photographer Stan Shaffer, lead an “open forum” for artists who want to learn how to protect their hard work from being stolen or sold and distributed without permission or compensation.

Louise has led an extremely interesting life and I found our conversation quite compelling. She is also back in the studio and working on a new album; we will play one of those new tracks during the interview, as well as some from her past that were special to her.

For more information on Louise Robey and Stan Shaffer’s Open Forum for Artists, log on to their special Facebook page:
You can find out more about Stan Shaffer, his work and his book on his website.