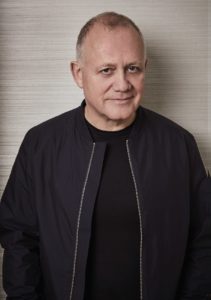 This week on Revenge of the 80s, Chris talks with Belouis Some, who has come back to the stage in recent years after a long time out of the spotlight. Belouis discusses his music, controversy over his “Imagination” video, how he got Duran Duran’s manager to discover him and his long disappearance from the music industry. We also play tracks from Mental As Anything, New Order, Nash the Slash, Blaine L. Reininger, Shakespear’s Sister and more