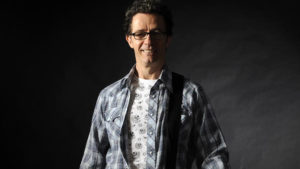 This week on Revenge of the #80s Radio, Chris talks with Mark Gable of Choirboys. Mark tell stories about some of the Australian pub rockers’ songs, how he became a guitarist, the longevity of the band, his bout with depression and how he is helping others with their fights as well as how he suffered his injury in a pickup game with Deep Purple. We also play tracks from Cruzados, Paul King, Dexy’s, The Little Girls and more.