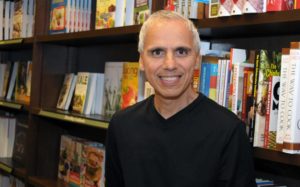 This week, we have a lot of fun talking 80s sitcoms with classic tv expert Herbie J. Pilato, host of Then Again With Herbie J Pilato. Having worked in the industry and written several books spanning stars and shows of the 60s, 70s and 80s, Pilato and Chris look at the 80s sitcoms as well as their better, influential and not-so-good contributions to entertainment and our culture.

As a special treat, we will air the debut single from Bert Brett, son of Martin Brett of I, Ludicrous and Voice of the Beehive.

We also play music from The Waitresses, The Buggles, The Divinyls, The Waterboys and many more classic alternative artists.