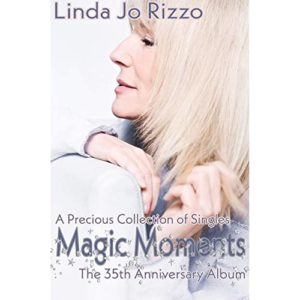 This week, we catch up with Linda Jo Rizzo, who is celebrating her 35th anniversary as a solo artist with a new collection of singles titled Magic Moments: My 35th Anniversary. The compliation features singles which had not been released on a full album before and new material.