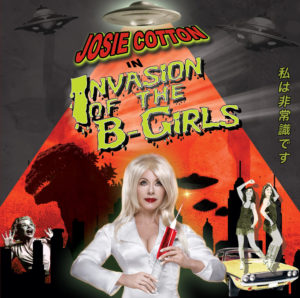 This week, we talk with Josie Cotton about the re-release of her Invasion of the B-Girls album, for which she added a new track: a cover of “Female Trouble,” the title cut to the John Waters film. We talk about the album and the art of the B-Movie. These past two years have been busy for Josie, who has released new music, re-recorded a previously unreleased album and now the re-release of this innovative collection.

We also play music from The Stranglers, Belouis Some, Marshall Crenshaw and more classic alternative artists.