The 2009 Regeneration Tour Kicks off Tomorrow in Boston 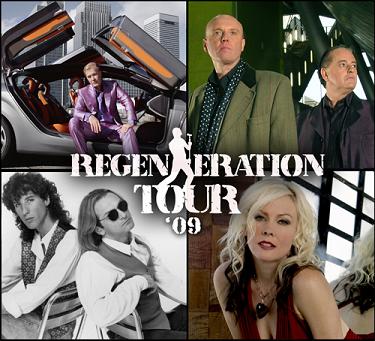 The long-awaited 2009 Regeneration Tour is ready to move and starts tomorrow in Boston. Revenge of the 80s will be at The Fliimore in New York City on Thursday night to cover the show; we will provide a review with pictures shortly afterward.

According to conversations with the artists and discussions with organizers, things we can expect to see this year include:

Tour dates and ticket information can be found on the Regeneration Tour’s Official Website. We hope to see some of you at the Roseland.