Our 4/30 Podcast Is Up: with Annabella Lwin 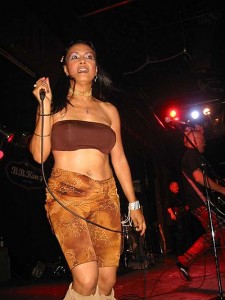 The podcast for our April 30th Revenge of the 80s Radio show is up and available at the bottom of this post. This week, Annabella Lwin is our guest. She is appearing for a second time with us and we will catch up on what she has been doing recently and what is coming in the near future. Lwn will be performing in this weekend’s “Taste of Ladera” charity weekend concert event (on May 1 with Dave Wakeling and on May 2 solo); proceeds will go to several local organizations. On May 7th, Annabella will be among the artists performing at the MusiCares M.A.P. foundation dinner honoring women in recovery. We also premiere her new single, “White Smoke, Blue Smoke,” which will soon be available to fans. Our conversation leads off the second hour of the show.

During our conversation, Annabella and I discuss:

We also play classic alternative tracks by ABC, The Boomtown Rats, Bananarama, Mental As Anything, Josie Cotton and more.