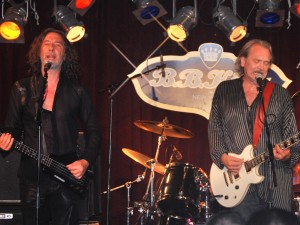 As Jack Hues said to me in an interview before 2009’s Regeneration Tour, Wang Chung is back and with a bit of a new sound. This year, he and Nick Feldman are headlining a tour to support their latest new EP, Abducted By the 80s, and two more being planned for later this year. With all the style and exuberance of their prime years and the several eclectic Post-WC musical projects between them, Hues and Feldman add more to the unique sound the band invented and became known for. They recently performed new tracks with some slightly-altered renditions of their classics at B.B. Kings Blues Club in New York City. 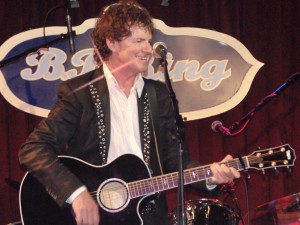 Opening for Wang Chung was Pete Byrne of Naked Eyes, who played an acoustic set with no band — a formidable challenge when it comes to winning a crowd over that expected to hear Naked Eyes’ familiar pop-synth sound. Taking to the stage alone, Byrne led off with an interesting choice for an opening number, “Voices In My Head,” which proved to be a brilliant performance strategy: he was able to interact jokingly with the crowd at B. B. Kings about how the song saw very limited success in the US and UK, but apparently became quite popular in Peru. The laugh loosened the crowd up a bit, and seemed to further intrigue them. His second piece, “When The Lights Go Out,” proved to be more dynamic and allowed itself well to the non-electric sound. The first big surprise of the evening came with his guitar-only version of “Promises, Promises.” While Byrne was more subtle in his first two offerings, he offered a dynamic performance of the hit, which was more adaptable to the one-man show than even he may have thought. 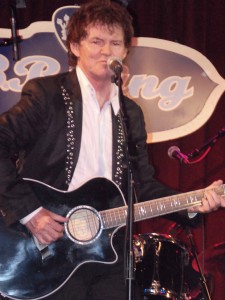 Byrne also performed tracks from Naked Eyes’ album-in-progress, Piccadilly, and cover songs written by Nick Lowe (“Peace, Love and Understanding”),Aimee Mann and a version of Elton John’s “Rocket Man” with a vocal tenderness probably only bettered by Kate Bush’s recorded version. Another in the line of surprises from Byrne’s set was his final number and biggest hit, “Always Something There To Remind Me.” While this song would only seem to be fit with the customary keyboards, Byrne’s string work coupled with a different approach to singing the tune left little room for any regret that the band was not with him. 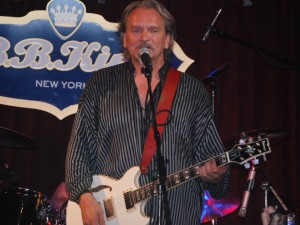 While Hues and Feldman were working on other musical projects, Wang Chung never really ended. There were sporadic appearances (including the TV game-show “Hit Me Baby One More Time.”) until the two went into the studio again to record new music. Today’s Wang Chung is not simply the familiar of the mid-80s hits years, but combines the more jazz-oriented flavor of its former incarnation, Huang Chung, and the musical genius of the two that they seasoned before reforming (including a particularly brilliant band led by Hues called The Quartet. 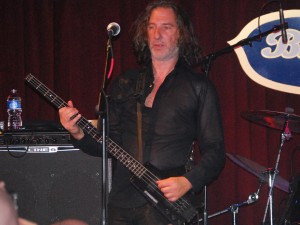 Wang Chung started its set with “Wait,” a cut from the album Points at The Curve, that was a musically superb track, but despite being a dance club hit, saw little overall chart success as the album’s fourth release. Still, the song became a powerful introduction of the band’s new era to their fans: one of more jazz/rock guitar influence with a purposeful nod to their early years, putting together a cleverly-done mix of classic and current alternative music styles. Hues still sounds like he did in the 1980s, and if the performances of the band’s first three songs at B. B. Kings, not only is the musical quality of higher importance live, the band members genuinely have fun playing on stage. Gone are the cool suits of the 80s; the group now favors a more laid-back look, opting for jeans and loose shirts over the slicker outfits seen in many of the videos. Most of the songs performed featured long instrumental breaks, featuring solos from Hues, Feldman and the rest of the band. Feldman even pulled off a Senfeld-esque slap bass solo in the 60s psychedelic-inspired new track, “Star Gazing.” 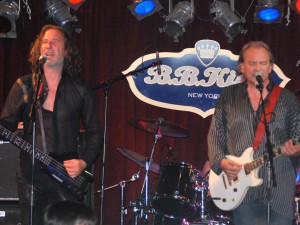 Hues and Feldman mixed their hits and new tracks well with plenty of emphasis on the new guitar-centric instrumentation, which was marked most notably with “Dance Hall Days,’ as Hues’ guitar replaced the synthesizer leads while they performed it more like they did when the band back in the “Huang Chung” days. After playing their biggest hit, “Everybody Have Fun Tonight,” the band treated the B. B. King’s audience to another Huang Chung song, “I Never Want To Love You In a Half-Hearted” Way” and a rousing version of The Beatles “I Saw Her Standing There.”

Wang Chung’s stellar show at B. B. Kings may merely be a sampling of what will be coming form them in the future: Hues says the band plans to release two more EPs this year in addition to “Abducted By the 80s.” Fans who are unable to catch them on this tour should hope more concerts are in the plans so they would not miss out on witnessing a group of this caliber play together again.