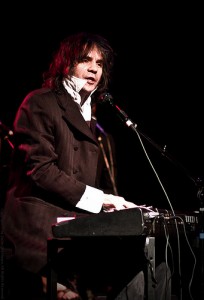 Tonight on Revenge of the 80s, former Wall of Voodoo frontman Andy Prieboy is back to talk about his latest collection: Don’t Tell That Guy Anything. It is a selection of tracks Prieboy calls a sketchbook of shelved songs and experiments from past years that will also give listeners a perspective on what a songwriter/musician goes through for his craft. Our discussion takes place in the second hour of the show.

During our conversation, Andy and I will talk about:

This is Andy’s second appearance on the show. Clearly, we could do a whole radio documentary series delving into his mind as well as his music.

Hour 1 will feature classic alternative music from artists including Aneka, Kate Bush, Kirsty MacColl, INXS, and Doug and the Slugs.