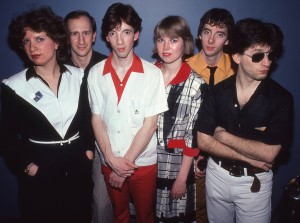 The inconspicuous Canadian new wave band that brought their hit “Echo Beach” across the border in 1980 is celebrating the 30th anniversary of the song with a very special release. Martha and the Muffins, who recent;y released the album Delicate, just released a new version of “Echo Beach,” which is available on iTunes along with another track, “Big Day.”

â€œWe wanted to commemorate the 30th anniversary of the song, by not trying to replicate the version that we originally recorded, but as musicians whoâ€™ve experienced three decades of living. The new recording of Echo Beach is our “grown-up” version.” (from the Noble PR website) 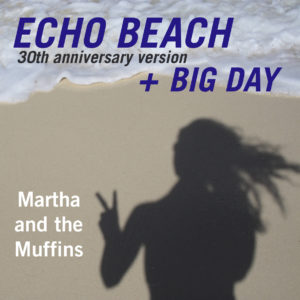 Martha and the Muffins cane into their own in the Great White North in 1977. The original “Echo Beach” was written in 1978, two years before it became an international smash. Strangely, although they gained notoriety in the US with college and alternative radio airplay with the song, it did not chart in the 50 states. The Muffins’ only charter in the U.S. was 1984’s “Black Stations/White Stations,” which reached #64 in Billboard’s Hot 100 that year.

To release Delicate, the band opened its own record label, Muffin Music. It has earned rave reviews by critics. Still, the song written and sung from the point of view of a bored office clerk might have charmed that Jet Blue flight attendant fellow who went a bit bonkers earlier this week to the point where it may not have happened if he was able to pass the time away knowing he would be there again someday.