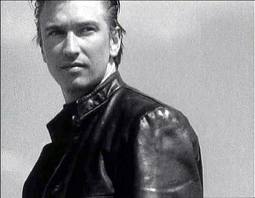 The podcast edit for our 9/24/10 Revenge of the 80s Radio show is up and available at the bottom of this post. Hour 2 features a conversation with Alan Wilder of Recoil and former Depeche Mode keyboardist. Wilder has been touring with his Recoil project for the first time this year.

Wilder started Recoil in 1986 while with Depeche Mode as an experimental side project. It caught on with alternative music fans quickly and became Wilder’s full-time endeavor after he left DM in 1995. With Recoil, Wilder invited an array of guest musicians of very different genres including country, progressive rock, spoken word and barbershop quartet. Wilder kicks off the second leg of his tour in Guadalajara, Mexico on October 15th.

During our conversation, Wilder and I discuss: