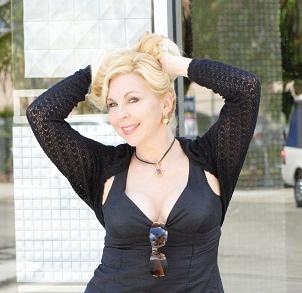 While also recording new music, Kaegi is the Founder and President of her own company, Dear Addy Digital Media. She has been one of the nation’s leading internet promoters and entrepreneurs since before the big “Dot-Com Boom” of the 1990s. With her Pop Culture Video Magazine, Kaegi covers interesting news and events ranging from fashion shows ot charity events to unique arts happenings.

Adriana was given the moniker “Queen of Stream” after several pioneering ventures on the world wide web, including an excellent live show series from The Knitting Factory in 1998 that was also voted Best Live Webcast by Yohoo and C-Net. She continues her internet innovations today.

Also, be on the lookout for new music from Adriana, which will be heard on future Revenge of the 80s Radio shows.