Heaven 17 to Kick off UK Tour on Monday 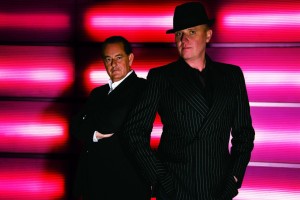 Heaven 17 will celebrate the 30th anniversary of the release of its epic album, Penthouse and Pavement, with a tour of the UK starting on Monday, November 22nd.

What makes this one unique is that the band plans to perform the album in its entirety live for the first time. Original members Glenn Gregory and Martin Ware will be joined by Billy Godfrey on backing vocals, Asa Bennett on guitar, bassist Julian Crampton and percussionist Joel Farland.

According to the band’s press release, the tour dates are:

Penthouse and Pavement is the band’s first album. After stardom in Great Britain, they gained success amongst U.S. classic alternative fans with tracks like “Temptation” and “Let Me Go.” Ticket information can be found on Heaven 17’s official website.