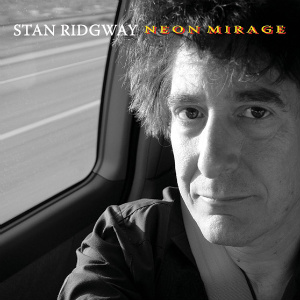 One of America’s great storytellers, Stan Ridgway, is swinging by the Hudson Valley as part of the East Coast leg of his nationwide tour to promote his new Neon Mirage album and celebrate the 25th anniversary of his international solo hit, “Camouflage.”

The Stan Ridgway band will perform at The Turning Point Cafe in Piermont, NY on Thursday, May 5, 2011. Ticket information is on the Turning Point website. Revenge of the 80s plans to post a review of the show later this week.

Ridgway has put out several albums since leaving Wall of Voodoo in 1983. He has been a part of some very interesting side projects as well, most notably the song, “Don’t Box Me In” with Stewart Copeland, The Drywall Project, an album of standards and playing harmonica on a version of Andy Prieboy‘s “Shine (Red Bead Follows Blue),” which marks the first time both former Wall of Voodoo front-men have played together on the same song.

More information on the Stan Ridgway Band tour and the Neon Mirage album can be found on Ridgway’s official website.