Our 6/24 Revenge of the 80s Radio podcast is up and available at the bottom of this post. In hour 2, our special guest is screenwriter Rick Rapier, who wrote a controversial sequel to “Ferris Bueller’s Day Off,” titled: “Ferris Bueller: Another Day Off.” While fans have sent me mixed reactions after bringing it up in a previous post, Rapier’s screenplay is circulating Hollywood and impressing producers. Because of the buzz, this script may soon become a reality.

Among the topics Rapier and I discuss are:

Rick also reveals a few things from the script that have not been made public before this interview. I admit I was quite skeptical at first, but after reading the script I could see the potential of this becoming an honorable homage to Mr. Bueller as long as it is only Broderick who plays him. 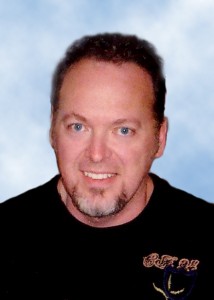 What do you think of the idea of a Ferris Bueller sequel? Would you see it? What would make you like or dislike the idea? You can comment on the bottom of this post or check in on either out Twitter or Facebook pages. Rick and I would like to know your opinion.

We also play classic alternative tracks from Nikki and the Corvettes, Haysi Fantayzee, the Hoodoo Gurus, The Little Girls, Big Audio Dynamite, Voice of the Beehive and more.