Berlin to Tour US with INXS 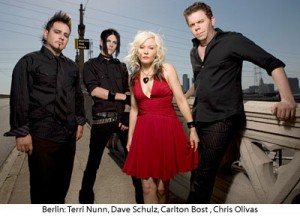 Berlin and INXS will tour the United States together this summer. The two new wavers from opposite ends of the Pacific Ocean will play together in a series of concerts beginning July 17th at the Chateau St. Michelle in Woodinville, Washington, making stops in several cities including New York, Detroiit and Richmond before the final scheduled date in Baltimore, Maryland on August 10th.

Berlin is currently working on a new album, following up their 2009 smash CD/DVD set All the Way In. When she is not recording or touring, lead singer Terri Nunn co-hosts the popular Between the Sheets podcast with Gaye Ann Bruno. 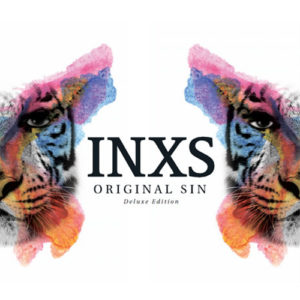 INXS is currently winding down a run through Canada. In December 2010, the band released a collection of reprisals of their classics sung by various artists in the collection Original Sin: Deluxe Edition. After winning a reality show contest in 2005, J.D. Fortune remains INXS’ frontman. The tour dates Berlin and INXS play together are: