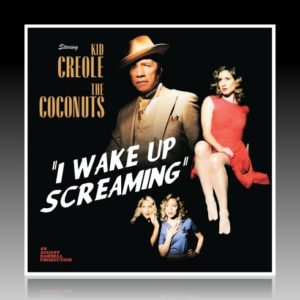 The party continues to go on for Kid Creole. Over thirty years after creating the Kid Creole and the Coconits ensemble with Adriana Kaegi and Coati Mundi, August D’arnell still tours the world as the amazing, flashy ladies’ man character he invented and perfected over his post-Dr. Buzzard’s Original Savannah Band career. This week, D’arnell teases his fans with an EP of remixes of one track from his upcoming album, I Wake Up Screaming, which is scheduled to be released on September 13, 2011. It will be the band’s first studio album in over 10 years.