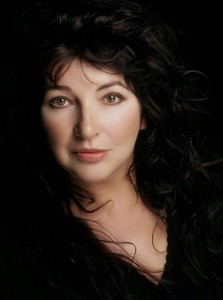 Seven years since the release of 2005’s Ariel, the music industry and the alt-music blogosphere have been buzzing about a new album by Kate Bush. An interview with an EMI Records executive by Australia’s Star Observer revealed that he believes it will very likely be ready in November.While there is no mention of the new album or a release date, news of the quote from the high-ranking EMI-Australia officer spread quickly, although he tempered it by saying, â€œOf course, you can never be sure with Kate Bush. She does things at her own pace. But weâ€™ve been told to prepare for a November release.â€

Bush, who has stayed out of the celebrity limelight for most of the past decade, indicated earlier this year that she would be recording new music. This came shortly after fans were delighted by the release of Director’s Cut, a collection of re-worked fan favorites that ran into a bit of a technological glitch before a later-than-expected distribution date in North America.