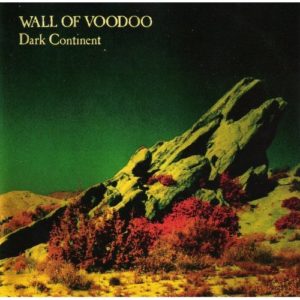 The podcast/syndication edit for our 8/19/11 Revenge of the 80s Radio show is up and available at the bottom of this post. This week, we catch up on some requests while honoring the 30th anniversary of the release of Wall of Voodoo‘s Dark Continent album. The LP was a game-changer for the music industry, which (along with the radio industry) was looking for a way to pigeonhole music out of the various new wave movements. Dark Continent offered a first listen to a very different mix of rock, LA new wave and southwestern Americana well-represented by splendid musicians who payed homage to great songwriters of years past. This opened the door for other acts that were not part of the then-common industry definition of “new wave” to gain a larger audience. Wall of Voodoo remains an influential band today.