Review: Kid Creole and the Coconuts – ‘I Wake Up Screaming” 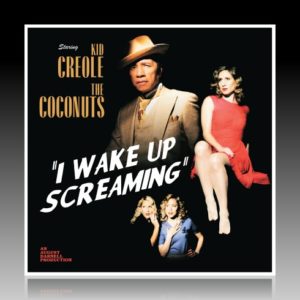 August Darnell continues to be one of the more dynamic and fascinating characters in alternative music. His suave style and smooth voice actually compliment the egotistical playboy character he concocted known as Kid Creole. Darnell continues to be one of music’s great visionaries today. His latest album, I Wake Up Screaming, combines all the charm of the Kid and Darnell’s always-cool delivery and a voyage through several historically significant musical genres.

I Wake Up Screaming injects elements of classic Kid Creole and the Coconuts with a comparatively smaller ensemble while Darnell pays homage to his influences and musical interests. The album also showcases Darnell’s ability to tell an interesting story through a catchy, danceable composition. He collaborated with Andrew Butler on the creation and Darnell’s son aided in the production of the album.

In the first track, “Stony and Cory,” Darnell emplyes a disco beat with light piano and guitar accompaniments to narrate the up-and-down relationship between former band mates Stony Browder and Cory Daye from Dr. Buzzard’s Original Savannah Band. It also seemed that the debonair, full-of-himeslf Kid Creole persona took a back seat to let Darnell take the mic as himself. The collection’s first release, “I Do Believe,” is led by a prominent 70s-pop bassline as Darnell smoothly invokes the likes of Santa Claus, Jaws, Tinkerbell and Barney the Purple Dinosaur in the lyrics. “Somebody’s Got to Lose” describes Kid’s take on the Ying and Yang philosophy over a funk-rock beat, complete with the deep bass and twangy lead guitar. With the ballad “Tudor Jones,” Darnell takes the listener back to the earliest days of southern jazz. Later in I Wake Up Screaming, he pays tribute to the second wave of Motown while belting out “This Is My Life.” 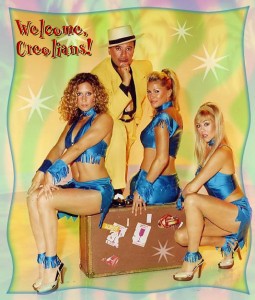 Perhaps the most intriguing track is the experimental “Long Live the King.” Darnell offers a regal entrance with heavy percussion and a renaissance-era instrumentation. “That was one of my quirky moments. Every Kid Creole album has a quirky moment,” Darnell says of the song in a recent interview on Revenge of the 80s radio. He says he wrote the lyrics in response to watching the antics of several dictators on CNN: “There has to be some king, somewhere, who had to have been a good king”

I Wake Up Screaming brings together the quintessential Kid Creole and the real August Darnell as a hybrid songwriting and performance team. The longtime fans will appreciate the 1970s and 1980s feel in some of the tracks while learning a bit more about the creative mind behind the showman. 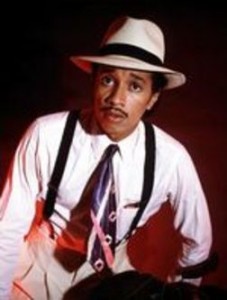 Also in the afore-mentioned Revenge of the 80s Radio interview, Darnell says he is very happy with the progress of two musicals he is working on: a murder mystery titled “Ivy League” and “I’m a Wonderful Thing, Baby,” with Vivien Goldman. based on the music of Kid Creole and the Coconuts. Darnell says he hopes to have “I’m a Wonderful Thing Baby” ready for production in 2012.