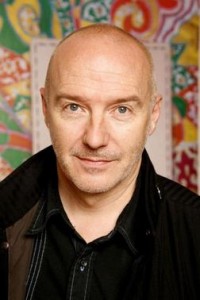 The podcast/syndication edit for this week’s Revenge of the 80s Radio is up and available at the bottom of this post. In hour 2, Midge Ure of Ulltravox, The Rich Kids, Visage, Silk and Thin Lizzy is our guest. Ure has been on the cutting edge of new musical movements throughout his career and achieved his greatest success in the 80s with Ultravox and as a solo artist. Ure also remains the trustee of Band Aid (he co-wrote “Do The Know It’s Christmas,” which became a holiday classic). Our conversation leads off Hour 2 of the show.

Among the topics discussed during out our interviewÂ  Ure’s music, Ultravox’s video innovations, charity, the 2012 Ultravox BRILLIANT album, potential solo work, his continued commitment to helping staring children in Africa and the quite accomplished spider from Ultravox’s “Vienna” video.

We also play music from Debora Iyall, The Undertones, Camper Van Beethoven, The Time Bandits, A Flock of Seagulls,Â  The Boomtown RatsÂ  and more.