Ant-ticipation: After some delay, Adam Ant’s new album is out 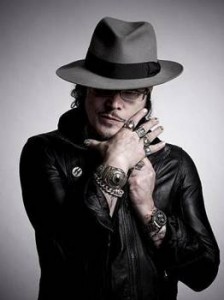 Production problems caused Ant to postpone both his spring U.S. tour and the album release in 2012. When things settled, he rescheduled his concert appearances to the fall that year and finished the album for its release today. He will be back on tour in North America later in 2013 with his band, The Good, The Mad and the Lovely Posse.

The new creation is is a collection of 17 songs about things that have happened in Ant’s life and things that interest him with collaborations from longtime songwriting partner Marco Pirroni and Boz Boorer (Morrissey).

His first track release from Adam Ant is The Blueblack Hussar in Marrying The Gunnerâ€™s Daughter, “Cool Zombie,” features Ant singing with a southern drawl. The video reveals that not only can he still dance, the lead Ant makes the combination of a pirate hat and cowboy boots look even cooler than it sounds to his fans. He used to live in the southern town of Dayton, Tennessee, where he took a detour from the spotlight and raised his family:

On being away from the studios and while living in Tennessee, Ant says he loved the family life, but itched to make a comeback in recent years:

â€œMy daughter, Lily Caitlin, was born there. I decided that I was going to be like a house husband, so I was with her and changing nappies. That’s the hardest work I’ve ever done, the child-rearing thing. But as Lily got older, I started to think about music. I missed it – the creative process and the live side of it.”

The title of the album is a dual reference: “The Blueback Hussar” is an homage to the light cavalry of Hungary during the 15th century while “Marrying the Gunner’s Daughter” is an old naval term for being punished as a metaphor for feeling trapped as he did under a major record label contract for many years. 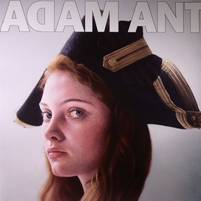