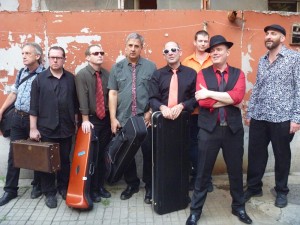 The podcast/syndication edit for our 6/21/13 Revenge of the 80s Radio is up and available at the bottom of this post. This week, we talk with Peter Flerl of the Australian early 80s band Plan B. The rock/soul band features a snazzin’ horn section and has recently reformed after breaking up nearly 30 years ago. During our conversation, Peter discusses Plan B’s musicians, inspiration from Dexy’s, horns, Plan B’s birth, heyday, breakup and reformation, what he has been doing in between and we also learn about the Pakistani music scene (find out more by listening). Our conversation leads off hour 2 of the show.