Julie Brown is getting ready to bring to the stage a musical based on her hit song, “The Homecoming Queen’s Got a Gun.” The singer/writer/comedienne plans to premiere the production in August at The Cavern Club in Silverlake, California.

Brown says she wanted to turn her signature track into a musical for a while:

I’ve always wanted to make it into a musical, it just took a lot time for me to have the time to devote to doing that, and to figure out how to make [the Debbie shooting] not upsetting

This will be Brown’s first live musical; she is, however, no stranger to full-length features, having the movies “Earth Girls Are Easy” and “Attack of the 5′ 2″ Women” among her writing credits as well as the television series “Strip Mall.” 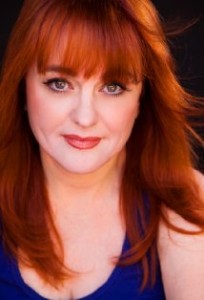 Brown is collaborating on the project with Filmmaker Kurt Koehler, a partnership inspired when Brown saw his “Chico’s Angels” show: “I went to see his show and thought it was hilarious and campy, exactly the right tone for ‘Homecoming Queen'”

While there are no set plans to take the show on the road, that could be a plan for the future as Brown says she would be open to the idea. Still, the rowdy redhead is working on another project: A stage version of “Earth Girls Are Easy” with original music, which she plans to have ready in 2014.

Julie Brown also says she will once again appear as “Paula” on the 100th episode of “The Middle” in its next season.