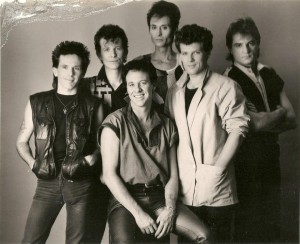 Our 9/`9 Revenge of the 80s Radio show is up and available at the bottom of this post. Â  Kevin Stanton, lead guitarist and principal songwriter for Mi-Sex wis our guest on the next Revenge of the 80s Radio. Stanton, Steve Gilpin and Don Martin formed Mi-Sex in New Zealand, evolving out of the band Fragments of Time. They moved to Australia, quickly becoming international sensations with tracks including “Computer Games” and “Blue Day.” Stanton discusses his time with Mi-Sex, his work afterward, how he tried to fight a pop music tax in New Zealand, his new remakes of Mi-Sex classics and his daily fight with thei debilitating spinal disease Cervical Spondylosis, which has rendered him unable to play guitar. Current;y, he is tryig to raise money to have an operation that can reverse the condition…. Stanton is also working on a rock clothing project.

We also play music from The Models, The Bongos, The Fixx, Depeche Mode, The BrainsÂ and many more classic alternative artists.