Our March 23-28 show is up: Murray Grindlay (aka Monte Video) encore 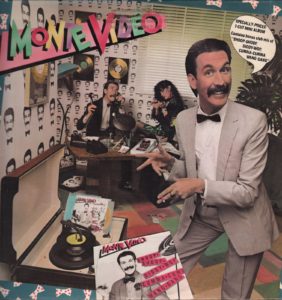 This week, we play an encore presentation one of our favorite episodes: New Zealand musician Murray Grindlay, known to many as “Monte Video” from his 1982 international smash hit “Shoop-Shoop, Diddy-Wop, Cumma-Cumma, Wang-Dang” as Monte Video and the Cassettes is our guest. Grindlay, however is well known for his work across the musical spectrum u New Zealand and Australia. He fronted The Underdogs, led other bands, released solo music, composed musical scores for movies and has built a successful jingles business (for which he earned a Lifetime Achievement Award in 2012). Murray discusses the early days with the Underdogs, the New Zealand music scene in the 60s and the 80s, the creation of the Monte Video character and how he not only fooled the Australian press into believing Ringo Starr played drums for the his band, but gaining the attention of David Geffen. We also talk about how Grindlay changed the landscape of commercial music writing and his work with the likes of Stevie Ray Vaughn and Taj Mahal. If you like our show, please feel free to help us keep going through our Patreon Page. evenge of the 80s Radio also broadcasts each week on our affiliate radio stations:
Tagged as 80s podcast 80s radio interview its a monte Monte Video and the Cassettes murray grindlay new zealand shoop shoop diddy wop cumma cumma wang dang