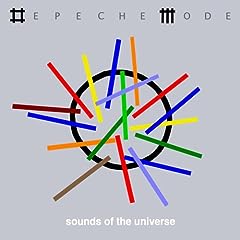 Alt-Synth-Pop Pioneers Depeche Mode‘s long-awaited new studio album, Sounds of the Universe, is now available in North America. [amazonify]B001IBIQU6[/amazonify]The band released its first single from the composition, “Wrong,” earlier this month, the track was played on Revenge of the 80s Radio in February.
They are set to kick off a world tour on May 6th in Luxembourg. Their North American leg begins on July 24th with a date in Toronto, Ontario, Canada. Road trip highlights include two dates at Madison Square Garden in New York City on August 3rd and 4th.
Organizers of the 2009 Lollapalooza concert festival announced Depeche Mode will be among the headlining bands playing at their August 7-9 event. Jane’s Addiction is also scheduled to perform.