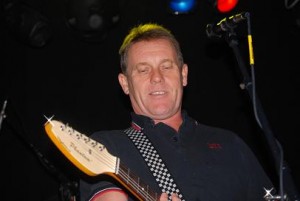 Once again, Dave Wakeling is out front for a major humanitarian cause: The English Beat will play two major Haiti Earthquake Relief benefit concerts this week.

The first one is January 17th at the Red Devil Lounge in San Francisco. Tickets are being offered for a $50 suggested donation for the 8pm show. Fans will also be able to get in early for a “Meet and Greet” before the concert for a $100 donation. Also, according to Debora Iyall’s official MySpace page, she will be one of the guest performers at the San Francisco show.

The second fund-raiser concert will be held on Wednesday, January 20th at the Air Conditioned Supper Club in Venice, California. Doors open at 7pm with a suggested donation of $50 and a pre-opening “Meet and Greet” also offered for $100.

The English Beat’s full tour schedule for 2010 is available online on their official web page.