Our 4/9 Show Podcast Edit is Up – With Martha Davis 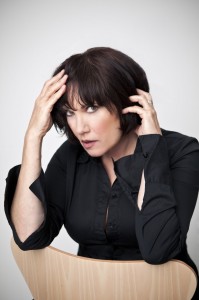 The podcast for our 4/9 Revenge of the 80s Radio show is up and available at the bottom of this post. Martha Davis returns to Revenge of the 80s Radio. This time, we talk about her new children’s album: Red Frog Presents: 16 Songs for Parents and Children. Our interview leads off the second hour of the show. We also play new music by Kate Garner and Louise Robey, as well as classic alternative tracks from Berlin, The Jim Carroll Band, Strawberry Switchblade, Men Without Hats, Elvis Costello and more. 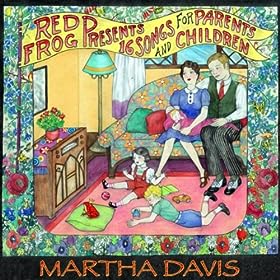 While we discuss Red Frog, Martha also offers her take on children’s entertainment today and why she created her own album for youngsters. We also cover the importance of arts programs in schools and exposing kids to several genres at home. In truth, the empty suits who run children’s television and music operations are too careful (read: “politically correct”) and fearful to offend or scare little ones — as well as their parents — to the point where programming and entertainment aimed at them have been dumbed down to the point where everything is as generic as the mainstream adult-oriented music. Things have changed since we were younger: we had violent cartoons, monsters hosting Sesame Street (not annoying ones like Elmo – Ms. Davis and I share the same disdain for both that creature and the Purple Dinosaur) and we played outside. We also were exposed to dramatic stories and music that opened up our imaginations. These days, parents and school officials are too over-protective of their children in too many ways and that has a negative effect on things to which they need to be exposed to like arts, culture and history.

All may not be lost, at least on the music end. In addition to Davis’ brilliant Red Frog Presents, some high-quality and very well-made children’s albums were written and performed by the likes of They Might Be Giants and Stan Ridgway & Pietra Wextrum. These creations treat kids as intelligent beings and are just as entertaining for adults as they are for the kiddies. This is a trend that seemed to have been re-started by the Cartoon Network‘s “What a Cartoon” series: kids’ cartoons that offer some references for parents so they can watch and enjoy at the same time, while knowing what their little guys and girls are watching (I have commented on the brilliance of “Cow & Chicken” several times as a talk radio host in the past). The artists also brought to their young listeners healthy servings of music they would never been exposed to by mainstream media and the always-fearful child development “professionals” who seem to worship the Elmos of the world. 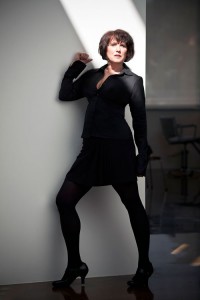 In Red Frog Presents, Davis creates a whimsical and fascinating array of characters in songs that span several genres including classic jazz, march, tango, 60s movie kitsch and classical. Her vocals range from a squeaky tone (not digitally enhanced) to the classic Motels style. Davis unveils another set of talents new to fans of her 80s work, and with that she presents an album of stories, lessons and fun in a combination not found in many forms of children’s entertainment today. Red Frog Presents is available for download via Amazon and other digital outlets.

2010 is going to be a very busy year for Davis, as she is planning to tour, is involved with an entrepreneurial venture, taking part in a very interesting upcoming podcast project and (as always) working on new music. She released two albums in recent years in addition to a single, “Mr. Grey,” less than two months before the time of this post. All updated tour information can be found on Martha Davis’ redesigned official website.