Gorevette To Tour With Blondie 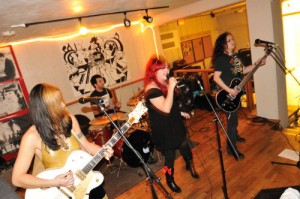 Gorevette continues their ascension in the alt-rock world continues as the band announces concert dates with Blondie in August and September. According to Western Publicity, there are already two dates officially confirmed and more will be set.

Nikki Corvette and Deborah Harry are widely considered two of alt-rock’s most influential women while Corvette’s Gorevette partner Amy Gore has carved out her own place as a rock goddess with her axe-wielding prowess. “You cannot imagine how excited we are to play with our musical heroes,” comments Gore in a press release, “I cannot wait ’til the end of the summer!”

2010 has proven to be a huge year for Gorevette, which was originally a fun punk-cover side project for Corvette and Gore, who enlisted bassist Lianna Castillo and drummer Al King to form their Motor City supergroup: they released their first album, Lustfully Yours, in January, embarked on their first tours together through the Eastern U.S. and Japan, and is set to share a tour bill with the legendary Blondie. Corvette also contributed her voice to a track on the upcoming release of Paul Collins‘ newest album, The King of Power Pop. 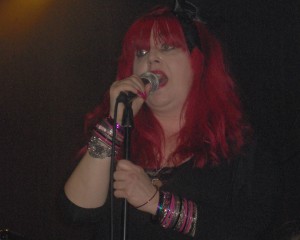 Gorevette is quickly becoming a true sensation with its twist on the power-rock sound as the band, if it stays intact, is on its way to achieving an immortal status amongst the great Detroit rockers of our time.