Nikki Corvette & the Romeos getting set for their European tour, new album

Nikki Corvette and her band of young Italian rockers worked so well together during their European tour last year, they have decided to become an official group. Currently, they are gearing up for another tour of Europe beginning on April 23.

During their European tour earlier this year, Nikki Corvette and The Romeos sing the praises of some delicious gelato in this video (credit: BAMMagazine’s channel on Youtube): 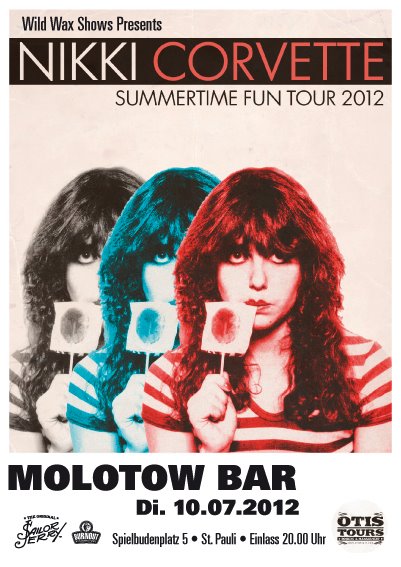 Nikki Corvette will be heading to Europe for her Summertime Fun 2012 tour. Fresh off recording new tracks “I’m Stronger” and “Hot Sun,” Corvette will perform live for 14 straight days at venues in Norway, Denmark, Austria, Switzerland and Italy.

Our 6/1 show podcast edit is up 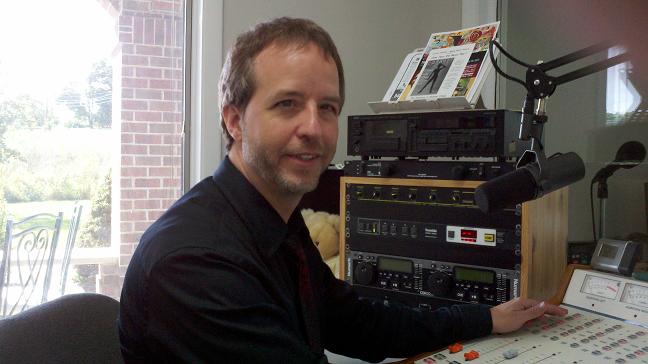 This week on Revenge of the 80s, we will feature new music from Stan Ridgway and Nikki Corvette. Plus, classics by Howard Jones, EBN-OZN, INXS, Falco, Fuzzbox, Madness, The Blow Monkeys and more.

Our 4/20 show with Nikki Corvette podcast edit is up

Nikki Corvette talks about her new solo tracks (of which we presented the World Radio Premiere), “I’m Stronger” and “Hot Sun.”

Only Nikki Corvette can get people up and dancing to a song about dealing with people of the despicable sort. The power-punk queen proves that once again with â€œIâ€™m Stronger,â€ the lead track to her first solo release since 2006, which is set to be available worldwide on April 14th.

Ronnie Spector, Nikki Corvette and Kim Shattock lead the slate of lady rockers to play at the first annual Girls Got Rhythm Fest in St. Paul,
Minnesota on May 11-12, 2012.

Tonight on Revenge of the 80s Radio, we play new music from Paul Collins,and premiere a rather superb dance remix version of Adriana Kaegi’s “I’ve Been Going Out,”

The podcast edit for this week’s Revenge of the 80s Radio show is up and available at the bottom of this post. This week, we feature new music from Gorevette, who are currently touring with Blondie (our review of their 8/31 concert at the Nokia Theater in New York City is here), and Stan Ridgway from his newly-released Neon Mirage album.

A concert featuring one of new wave’s iconic bands with a new alt-rock supergroup sounds like an excellent way to spend an evening. Blondie brought its “Endangered Species Tour” with special guests Gorevette to the Nokia in NY on 8/31/10

Tonight on Revenge of the 80s Radio, we will play a selection from Andy Prieboy’s latest collection of music, which he released on Thursday, Don’t Tell That Guy Anything. lso, in honor of the upcoming Blondie/Gorevette tour, we will play tracks from both bands and a cut from Nikki Corvette’s first band, Nikki and the Corvettes as well as a song by Amy Gore’s band, The Gore Gore Girls.

Gorevette To Tour With Blondie

Gorevette continues their ascension in the alt-rock world continues as the band announces concert dates with Blondie in August and September.

Gorevette To Tour Japan This Week

Gorevette will tour Japan April 29-May 3.

Review: Gorevette’s first concert on their Spring 2010 Eastern U.S Tour with The Donnas at the Highline Ballroom in New York City.

Congratulations to Glen Johnson of Montclair, NJ and Jared Abramson of Freehold, NJ. They each win a pair of tickets to see Gorevette live with The Donnas at the Highline Ballroom at 431 West 16th Street in New York City on Wednesday, March 24th.

Tonight’s Revenge of the 80s Radio show will feature another track from Gorevette’s new album. Lustfully Yours, as Nikki, Amy, Lianna and Al set out for their Eastern U.S. tour.

Win Tickets to See Gorevette and The Donnas Live in NYC!

Revenge of the 80s Radio is giving away two pairs of tickets to see Gorevette live as they kick off their Eastern US tour at the Highline Ballroom in New York City with The Donnas on Wednesday night, March 24th

Our 2-Year Anniversary Show Podcast Edit Is Up

This week, we celebrate our 2-year anniversary by playing our first-ever interview on the show: a conversation with Tracey and Missy Belland of Voice of the Beehive, which leads off the second hour.

Expectations are high when a Detroit punk legend and a Motor City garage band queen team up to form an alt-rock supergroup. Gorevette, formed by Nikki Corvette (Nikki and the Corvettes) and Amy Gore (Gore Gore Girls), deliver solidly with their first EP, Lustfully Yours

Gorevette to Tour Eastern US, Japan

Gorevette will tour the Eastern US and continue on in Japan this spring. Band leaders Nikki Corvette and Amy Gore made the announcement shortly after the release of their Lustfully Yours EP

Tonight on Revenge of the 80s Radio, we will play a new track from Gorevette, led by Nikki Corvette (of Nikki and the Corvettes) and Amy Gore (The Gore Gore Girls). The band — consisting of Corvette, Gore, Lianna Castillo and Al King — is celebraitng the release of their new EP, “Lustfully Yours” this weekend with two big parties: one tonight in Detrot and one this weekend in Ann Arbour

The new video from Gorevette, with Nikki Corvette of Nikki and the Corvettes on vox partnering with rocker Amy Gore (Gore Gore Girls).

This week’s Revenge of the 80s Radio show features classic alternative music from artists including XTC, Icehouse, The Untouchables, Peter Gabriel & Kate Bush, The Motels, Romeo Void and Voice of the Beehive. We will also play new tracks from The Little Girls and Gorevette.

Tonight’s Show: With a Re-Broadcast of Nikki Corvette Talking About Gorevette

While I am out on vacation this week, we will rebroadcast our 1/9/09 show featuring a conversation with Nikki Corvette on the band she recently formed with Amy Gore (The Gore Gore Girls), Gorevette. We will also have some of the first tracks they recorded on the show.

For this week’s show, we mix in a bit more new music from artists of the 1980s with the alternative classics. We feature new creations from Adriana Kaegi, Gorevette (Nikki Corvette’s band), Louise Robey, Martin Fry, Andy Prieboy and Stan Ridgway

For tonight’s Revenge of the 80s Radio Show, we will not only feature classic alternative tracks from the 80s, we will play a bit more than usual of some of the artists’ newer music.
We will feature new music from Andy Prieboy, Stan Ridgway, Adriana Kaegi (whose TAG album will be out soon), Louise Robey, Martin Fry and ABC (from last year’s Traffic album) and Nikki Corvette’s band Gorevette as well as some other post-80s work from the era’s great performers.

The Podcast For Our 1/9 Show Is Up: Featuring Nikki Corvette on Gorevette and a New Andy Prieboy Single

The podcast for our 1/9 Revenge of the 80s Radio program is up and available at the bottom of this post. Leading off the second hour is our conversation with legendary Detroit Alt-Rocker Nikki Corvette, who with Amy Gore of the Gore Gore Girls formed Gorevette. The first hour featured new music from Andy Prieboy as part of a series of singles he has been putting out since November 2008.

This week on Revenge of the 80s, I will play a recently-taped conversation with Nikki Corvette on her new band, “Gorevette,” which is a collaborative effort with super girl-rocker Amy Gore of the Gore Gore Girls. We will also feature a new single from the band as well as a new track from Andy Prieboy