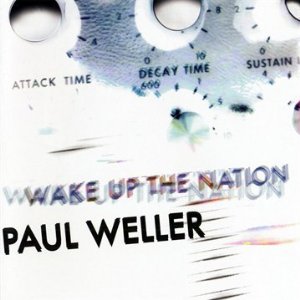 The former leader of The Jam and The Style Council Paul Weller, is set to release his latest album, Wake Up the Nation, in the US on June 1st (it is already available in Great Britain).

Weller’s last CD, 22 Dreams, was a U.K. chart-topper and Wake Up the Nation is being touted by recording company Yep Roc Records as “lean, mean and as uncompromisingly focused as its maker.”

Weller’s solo efforts have been quite eclectic, and fans of his recent work may soon be witness to another side of the new wave icon. Admirers of his classic alternative work will be happy to know that to tracks will feature former Jam bassist Bruce Foxton. Former Electric Light Orchestra drummer Bev Bevan also contributes to the album.

To celebrate the CD’s release, Yep Roc is running a contest for fans who want to pre-order Wake Up Nation. From the Yep Roc website:

Also, every pre-order of Wake Up The Nation at the Yep Roc Webshop is automatically entered to win an original copy of the uncut album artwork proof autograped by Paul Weller. If you have already ordered, you are already entered to win. The winner will be selected at random on June 1st and notified via email. Don’t miss your chance to get this one-of-a-kind Paul Weller collectable exclusively from the Yep Roc Webshop.

Pre orders of Weller’s coming creation and automatic contest entries can be made here.