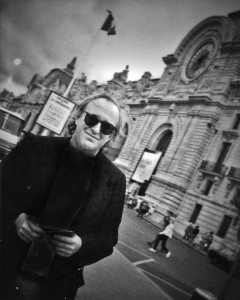 I was saddened to hear of the passing of world-renowned fashion and art photographer Stan Shaffer today. He was not only a legend in his business, but a very nice man and devoted husband. He died as the result of suffering a cardiac arrest only months before his book, You Should Have Been With Me, was to have been released. He was 65.

Stan was an influential photographer not only throughout the 80s, but he was in-demand throughout the fashion industry for decades and has worked with many of world’s top supermodels as an artist from behind the camera. 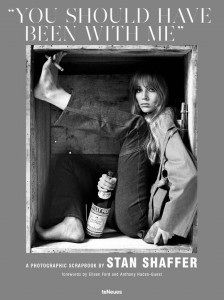 I “met” Stan over the telephone after inviting his wife, singer/actress/model Louise Robey, to be a guest on Revenge of the 80s in 2009. We all became friends from that exchange onward.

Stan was always looking out for Louise’s interests as she was planing to re-emerge publicly with new music and a box-set anthology. He also worked diligently on hos book and plans for photo exhibits. The two were discussing the potential of moving back to the states form their home in Western France.

I spoke with Stan last weekend about plans to have him on this show and a nationally syndicated business show I produce by day. He was energetic and excited about You Should Have Been With Me and the world-wide publicity plan for it.

Stan Shaffer will be remembered fondly by all those who knew him and we are sure there is a nice photography studio waiting for him in Heaven. Our thoughts and prayers go out to Louise and their entire family. Stan, you will be greatly missed.